Request a Demo
Are you a small-to-mid sized business? Here's where you want to be.

Are you a worker? Here's what you're looking for.
Blog
Automation

Rise of The Machines: Automation Before Robots According To New Study

Mousa Ackall, VP, Marketing
January 27, 2017
Rise of The Machines: Automation Before Robots According To New Study

You wake up in a cold sweat: in your dream, your boss replaced you with a robot. You slowly remember that you still have work today. Obviously that video about robots you saw at CES earlier this month has dislodged a deep seeded fear around job security.

Not to worry though. A new study released last week from the McKinsey Global Institute (MGI) finds that we don’t have to be concerned with robots taking our jobs just yet, as the first wave of innovation will primarily usher in task automation that supplements our current jobs. Some of the most eye-popping stats from the report include:

1. The study found that less than 5% of all occupations could be fully replaced by automation.

2. At least 60% of occupations have about 30% of tasks that could be automated, ranging from manufacturing to data processing to data collection.

3. 51% of job activities could be automated with today’s “currently demonstrated” technology.

Take especially close note of that last stat. McKinsey isn’t saying half of all jobs can be automated, bur rather job tasks. Many jobs involve a blend of both the mundane and the intricate. By allowing technology to automate some of those mundane tasks, workers would then be freed to focus on tasks that are not easily replicated by automation such as decision making, creative tasks, and managing others. Automating these more routine activities will help businesses improve their performance by reducing manual error, as well as improving the speed and quality of how these tasks are completed.

Don’t expect, however, this to occur overnight. The shift to a more automated workforce will occur gradually since what is technologically possible is only one factor in determining the pace of adoption. Other factors that contribute to adoption include economics, available labor markets, social attitudes, and regulations. A more developed country that pays higher wages, for example, will be more likely to switch to automation sooner since they would save a larger amount of money on the wages. But within those more developed countries, certain industries and jobs will take longer than others: regulators will need to approve self driving trucks to replace truck drivers, and it might be decades before society is comfortable handing over nursing duties to a robot. Automation will also continue a historical trend of boosting productivity at a time when productivity growth has been seen as lackluster. John Fernald, a senior research advisor at the Federal Reserve Bank of San Francisco, fears what a continued slowdown in productivity growth could mean for the economy. Fernald’s research found that the technology boom of the 1990s helped businesses become more efficient until about 2003, and then began to fade.

An introduction of task automation through robotics, artificial intelligence, and machine learning, however, could change all of that. We would see productivity growth of 0.8% in 2015 jump to 1.4% in 2065. Considering the labor substitution effect alone, McKinsey calculates that, by 2065, automation could potentially add productivity growth in the largest economies in the world that is the equivalent of an additional 1.1 billion to 2.3 billion full-time workers. And economies might critically need all of those additional 1.1 billion workers as demographics point to an increasingly large percentage of the population entering retirement, according to McKinsey. Today there are 46 million Americans over the age of 65, which translates to roughly 15% of the population. By 2060 that over-65 group is expected to reach 98 million and translate to about 24% of the population. That increase is going to mean a smaller supply of workers for, arguably, an increasingly higher demand of work. Far more work than humans could achieve alone.

While most of the debate over workforce automation has focused, incorrectly I might add, on mass job displacement (cue robot nightmare), the McKinsey study found that people will need to continue to work alongside machines in order to achieve the growth in percapita GDP that most countries aspire to today. No, there won’t be long lines at the soup kitchens nor will there be Hoovervilles along the interstate as self-driving trucks zoom by…the world has survived this shift before and we will continue to evolve as new technology is introduced into mainstream society.

“We have more time than we think to adjust to the world that technology makes possible,” said Matthew J. Slaughter, an economist and dean of the Tuck School of Business at Dartmouth College.

So yes, the robots are coming, but we’ve got some time before they arrive. 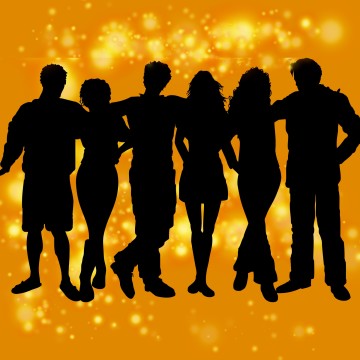 What are Labor Clouds and Why Should My Business Care? 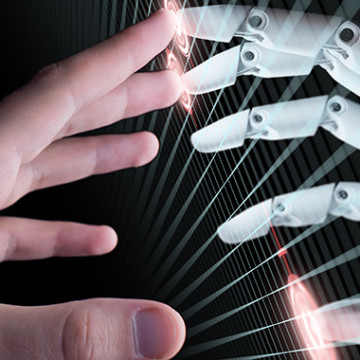