NEW YORK (June 22, 2016) – WorkMarket, the leading provider of on-demand labor software to the enterprise, today announced that its President and Co-Founder Jeff Wald will be leading a conversation about the “Gig Economy” at the Work Awesome event in New York City Thursday, June 23rd at 5:05pm ET.

Jeff is a world-renowned labor expert who has successfully built and sold multiple technology startups. He pioneered the “Freelance Management System” category, writes regularly on the topic (Forbes, Huffington Post, etc.) and is a sought-after speaker at industry conferences worldwide on the issue of labor, work and technology. He’s currently working on a groundbreaking book about labor in America titled “The WorkMarket” which will feature interviews with several high-profile CEOs and industry luminaries.

Jeff will be presenting in a panel discussion titled: “Gigomania – Why temporary work is here to stay. How do we make the best out of it? And what comes next?” Moderated by Neil Irwin, Senior Economics Correspondent from The New York Times, the session will explore the meteoric rise of the on-demand economy and provide some helpful tips for HR and workforce executives looking to embrace new and flexible labor models.

“The gig economy is about more than just gigs,” said Jeff Wald, Co-Founder & President of WorkMarket. “This is about a multi-billion-dollar disruption within the labor market that will fundamentally change how people work. It’s about a decades-old system that is in desperate need of modernization – new technology to empower today’s professionals, new labor laws that protect a new generation of workers and new expectations from society that facilitate all of this.”

Taking place at the new Knotel at the Battery on South Ferry overlooking New York Harbor and the Statue of Liberty, Work Awesome will assemble more than 150+ founders and executives from startups to Fortune 500 companies, including BMW, Estee Lauder, General Electric, Google, Yahoo! and more.

Additional information about Work Awesome, including registration details, can be accessed at: http://www.workawesome.org/.

Get In Touch With Our Press Team 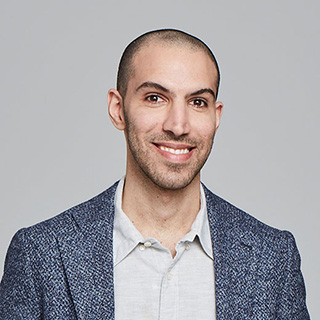 Only members of the press will receive a response. For all other inquiries please visit the Help Center or contact sales